Chanel: On The Money
Ching! Ching! The names of the slot machines said it all: Silver Camelias, Lucky Shine and Chance Circle – all decorated with the famous double Cs that is the Chanel logo.
Casino Chanel was the theme of this season’s haute couture show, so the Grand Palais in Paris morphed into a Monaco from the days when the man who broke the bank at Monte Carlo would have worn elegant tailored outfits – of the kind now worn by a group of young people sitting alongside the croupiers at the central gaming tables.

Apart from a blonde Rita Ora, these larking young folk were mostly ‘kids of’, including Gabriel, son of Daniel Day Lewis and Isabelle Adjani, the feisty Alice Dellal, from Andrea Dellal’s Brazilian dynasty, Lily-Rose, the daughter of Vanessa Paradis and Johnny Depp, and Violette Marie d’Urso, whose mother is Inès de la Fressange.

So Karl Lagerfeld was promoting gambling for young kids rather than haute couture? Non, non! The casino group was decked out in Chanel diamonds, to promote the house’s high jewellery.

The show, as it opened, was strobe-light years ahead of the old-fashioned ‘Circle Privé’ lit sign above the entrance. Instead, the oh-so-Coco suits answered the mystery of the invitation, which carried the Double Cs, followed by ‘3D’.

Karl had come up with ‘laser sintering’ – something to Google – which meant that the famous tailoring was done without seams. Add an angular wig or ‘hair-hat’, a magenta blush streak and cut-away booties, and the models looked like video-game characters come to life.

The Lagerfeld message is: never look back. Or as he put it to me in a series of bons mots: “When you fight against the future, you are lost. You have to adapt. Time doesn’t adapt to us. I’m a healthy opportunist for that.”
But there is surely confusion here between Lagerfeld’s restless will to embrace the new, and the hand techniques of an age-old couture craft? Maybe future Chanel clients will have 3D body scans so that their outfits can be made remotely, but I would not put my gambling money on it.
Leaving aside the digital interference, the tailoring was just fine: an angular shape but a soft fit, sometimes with military epaulettes to sharpen the shoulders.
As the daywear morphed into a padded top with chiffon skirt, I began to appreciate the futurist hints, as in laser-cut ribbons folded doubly on the chiffon. Or those extraordinary effects that Chanel can throw out there, such as a powder-pink coat in a flurry of flowers and feathers.

I thought back to the summer couture and its focus on flowers, so Parisian in its prettiness. And I felt that this show represented Lagerfeld’s Germanic roots: shapes straight or geometric, lit with black or silver sequins. I saw a discount of frivolity and a purity of line.

This season’s bride wore a white tailored suit with train attached, though she might have partied in a rare fancy coat with pink roses bursting out of black.

Was this collection a gamble for Chanel? Not at all. Linear clothes like these, perfectly cut, are a godsend to clients. I would bet my bank account on its success.

But I will leave the last word to Karl, who took his bow standing against a casino rail, looking noble and serene – despite having doubled his workload by staging an ‘haute fourrure’ (high fur) collection for Fendi in Paris this Wednesday.

“It’s fun in life to gamble with ideas, but not with money,” he said. 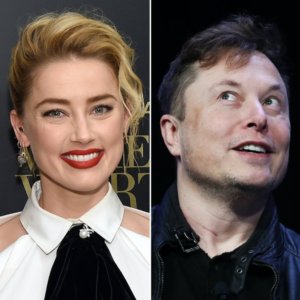 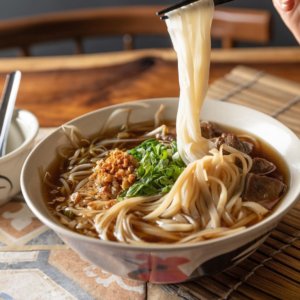