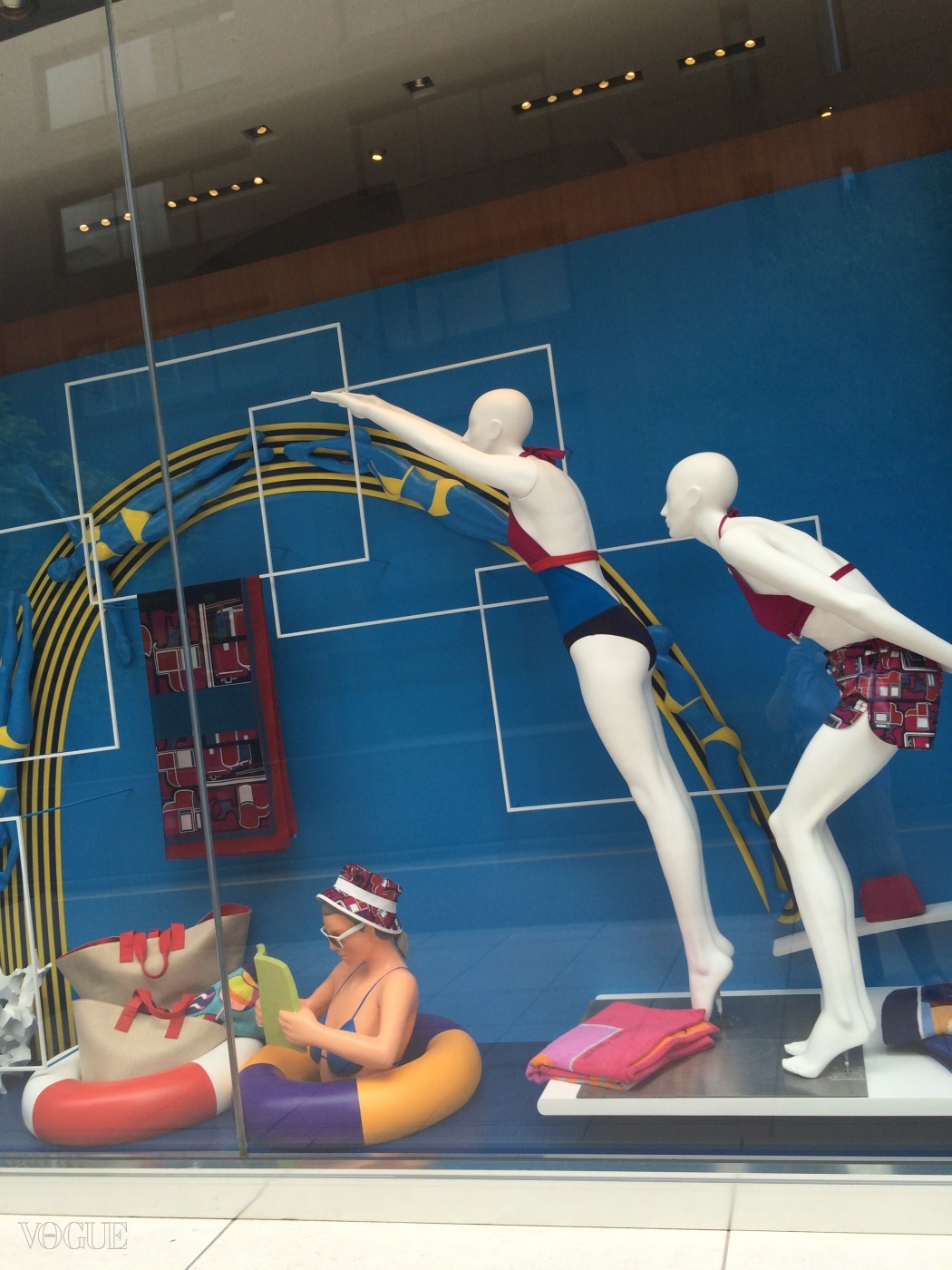 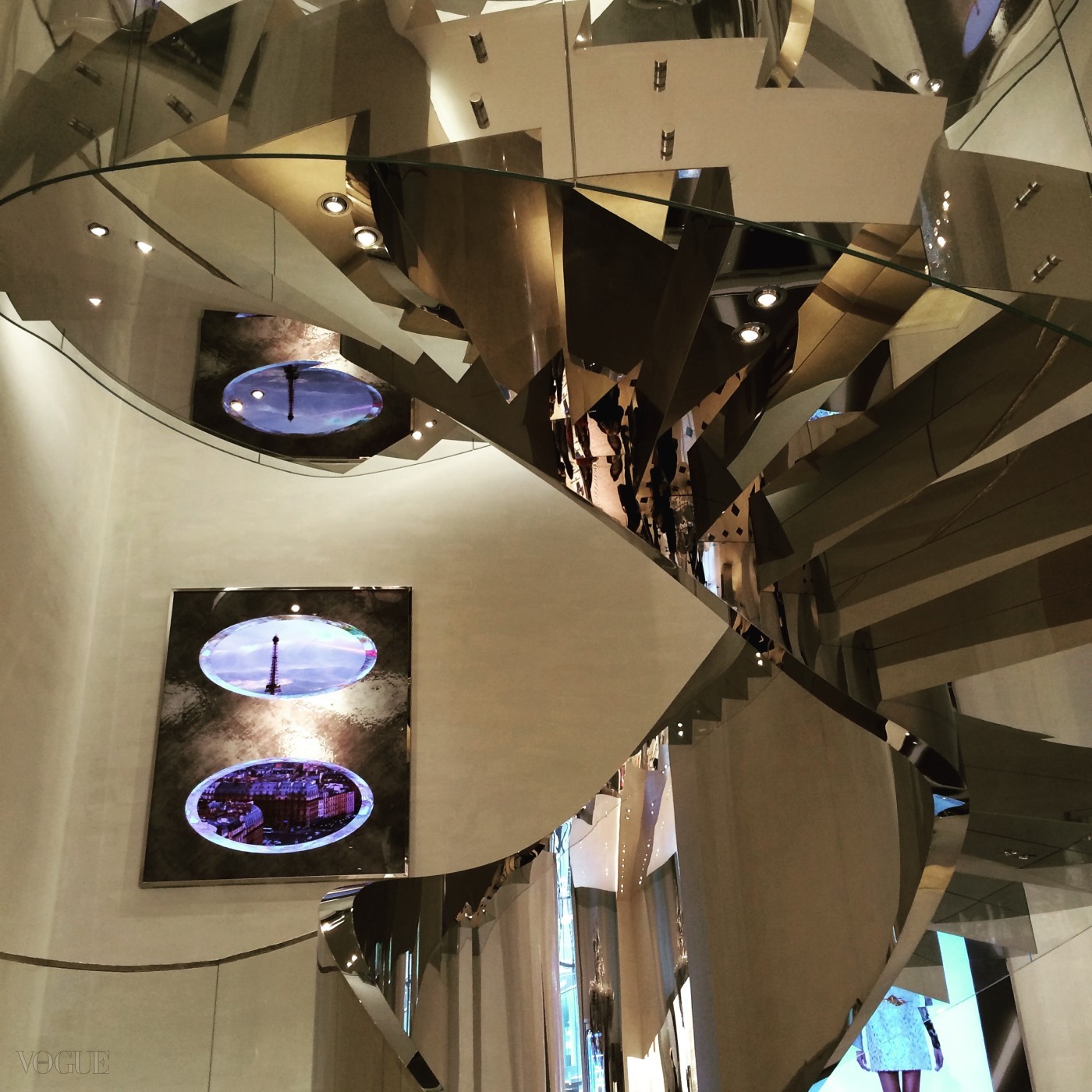 What was I expecting from Korea on my first visit to the country?

Maybe all of the above, which I had gleaned from researching the trip. But not a surreal striptease – and especially not at Hermès! But art is at the heart of the way that luxury brands in Seoul are presenting themselves to shoppers  – particularly the Chinese. Give or take a slowdown during the MERS epidemic, they are still the big spenders, crowded into Duty Free stores.

The concept of entwining fashion and art does not seem particularly new, but what started in Europe and America around the turn of the millennium has become the most powerful tool for promoting luxury across the world. Heritage may once have been the method by which brands touted their quality and their longevity, but now, modernity is key.

The Hermès presentation by Jeong Ju Ahn and So Jung Jeon, partners in art and life, seemed surreal: I sat in the lower-ground floor café of the boutique looking at their bodysuit of a nude woman, which appeared in front of me again on the video projected behind floating curtains.

The rest of the store was classic Hermès, saddles and silk scarves included. The art, always an interest to a brand with a foundation for the creative arts, was, I suppose, a symbol of modernity in a country with a young demographic.

Looking down Cheongdam-dong, a street of luxury lables in the Gangnam-gu district, each store was a unique work of architecture: Givenchy’s knobbly surface; 10 Corso Como’s giant polka-dot motifs from artist Kris Ruhs; and Dior’s noble but sensual petal-shaped building by Christian de Portzamparc.

The long ‘fashion street’ included just about every star name, from Armani through Tory Burch, Ferragamo, Gucci, Prada, and Louis Vuitton – to name just a few.

Dior, along with Prada, was one of the first luxury companies to use modern art as a sales tool. Both brands have given their stores something more elevated than just a shop. Dior has an exhibition in Seoul’s massive Dongdaemun Design Plaza (or DDP), a city landmark by architect Zaha Hadid. This Esprit Dior fashion exhibition opened in June at the same time as the store and, although focused on the history of the Parisian house, is interspersed with clothes of recent or current Dior designers including John Galliano and Raf Simons. Art works by six Korean designers who collaborated with Dior and are also included.

In the boutique itself – a streamlined and dramatic silver structure, rich in texture, by interior designer Peter Marino – there is an area devoted to artists’ visions of the handbag once carried by the late Diana, Princess of Wales. An example is a sculpted piece in charcoal and gilded paper from Korean artist Seon-Ghi Bahk.

Has the general collaboration between art and architecture in the fashion world reached its zenith in Seoul? Is there anywhere else for this art/fashion combination to go?

I had always felt that in both Europe and America, the link between fashion and art grew from a frustration that fine art and architecture can be for ever, while fashion is essentially fleeting. With so many collections – now up to 10 a year – how much more must designers feel that their work is as insubstantial as a passing butterfly?

But why not respond to the situation as Prada has done in Milan with its Rem Koolhaas-designed Fondazione of art works ancient and modern; or Louis Vuitton in Paris with a dedicated modern art foundation from architect Frank Gehry?

In Seoul, Samsung, the electronics giant, has done just that, creating The Leeum Samsung Museum of Art, a cluster of three separate buildings by the contemporary ‘starchitects’ Mario Botta, Jean Nouvel and Rem Koolhaas. Each has a dedicated subject, showing respectively some of Korea’s greatest treasures, particularly historic ceramics; modern and contemporary art with works from Rothko to Anselm Kiefer and combining artists from East and West; while the third building is a children’s education and culture centre.

Nowhere in the museum area did I see any promotion of Samsung’s electronic and digital devices. Yet the most ingenious museum visitor tool is a digitally driven. A Samsung tablet, instead of offering a voice description of selected objects, as in most museums, is interactive. This computer-generated sensory input thus provides information on each work of art as the visitor approaches, and shows the image in high-resolution and also augmented reality.

This is surely the future of museum information, and while Samsung’s name might inspire a museum visitor to buy its mobile phones or digital note pads, there is no direct connection between art and commerce.

It seems more modern and dynamic that way.