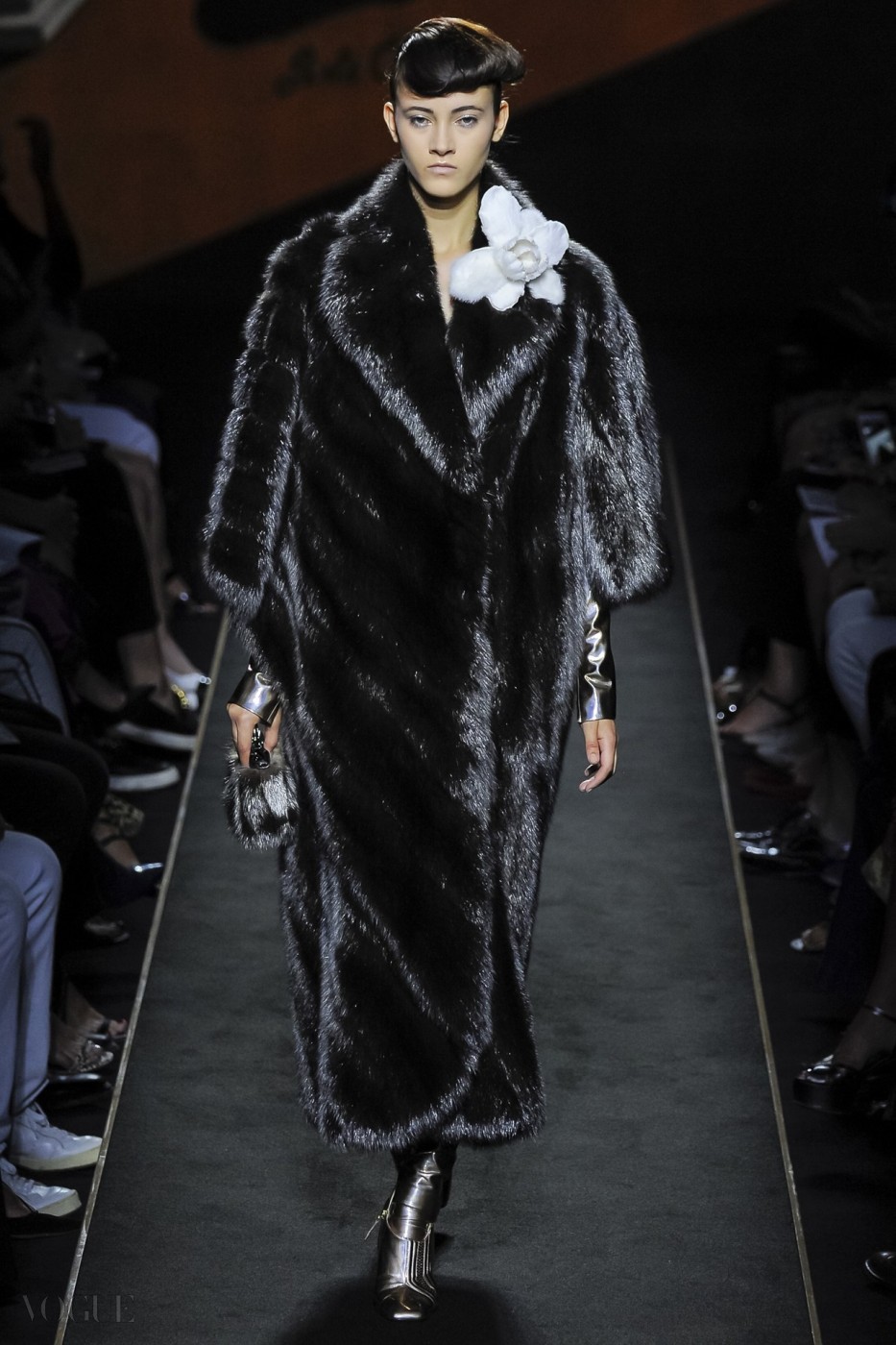 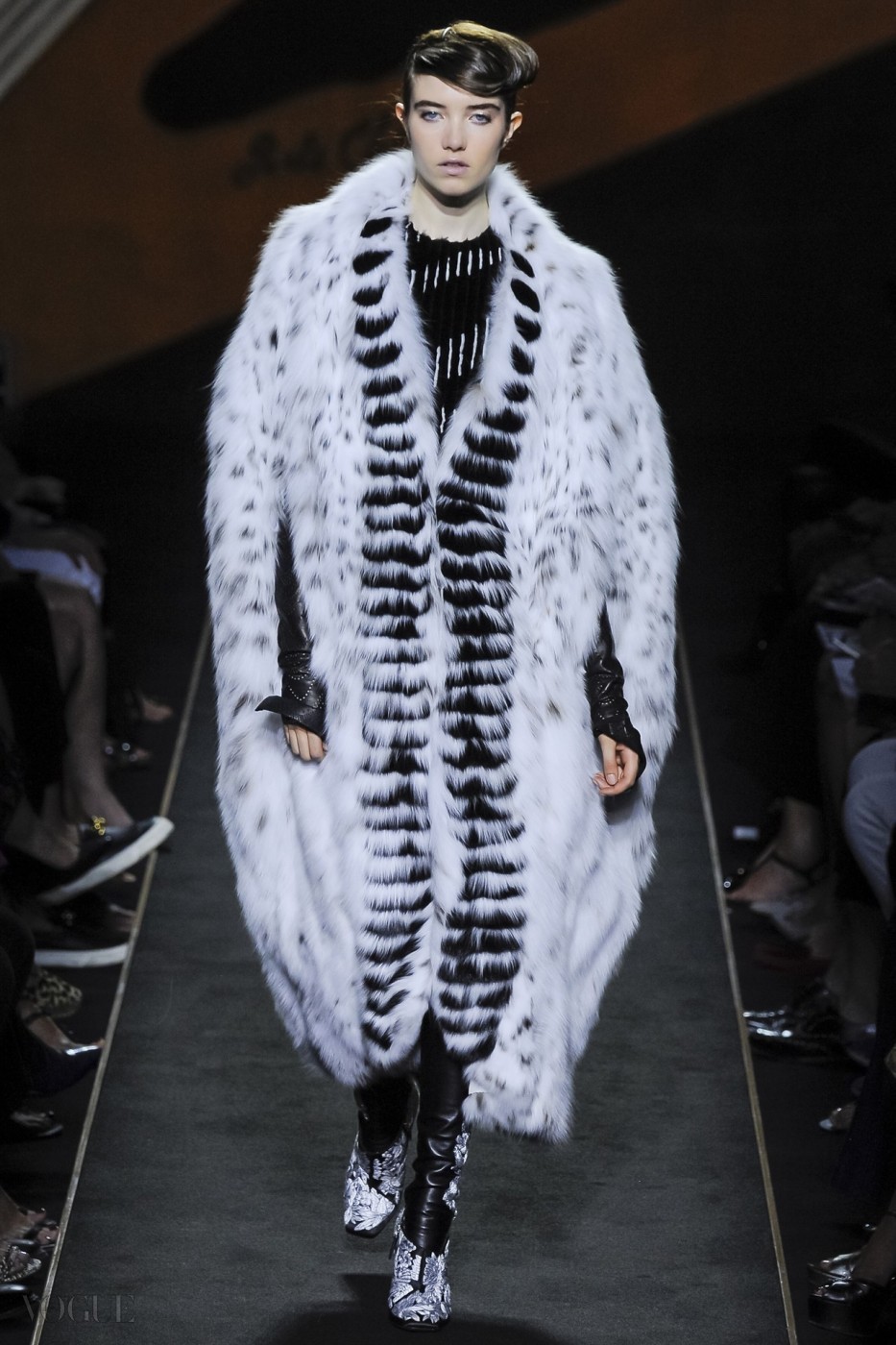 Like moonlight on water, the coat had a silvered surface, as Fendi’s exceptional debut “haute fourrure” collection closed the Paris couture season.

“I dreamed about the moon,” said Karl Lagerfeld, who was also marking, in his low-key way, a momentous moment: 50 years as Fendi’s designer of ready-to-wear and fur.

Although Karl himself refuses ever to look back, this longevity as Fendi’s creative director is extraordinary. I cannot recall any other designer who has lasted as long – even for their own label – let alone one who has the enthusiasm and energy Lagerfeld brings to his work.

The Fendi family gathered in force backstage: the matriarch Carla, her niece Silvia Venturini Fendi, who works with Karl and designs the accessories, and Silvia’s daughter – the rising-star jeweller Delfina Delettrez.

That was after Lagerfeld’s bravura display of the finest fur, speaking for itself with few interjections of colour or fancy decoration, although the zigzag effect of fur trims set at an angle from waist to hemline were a tour de force.

The shapes varied between long, voluminous and sometimes ovoid coats, and shorter coats with flared skirts, all worn with high boots. Thigh-length pieces with nipped-in waists were worn with narrow legs for a sporty style.

Along with the Fendis came the LVMH family, which bought the brand in 2001. Effusive in his praise for Karl’s work with the studio, LVMH CEO Bernard Arnault congratulated the designer. The same enthusiasm for the “Silver Moon” collection was shown by Mr Arnault’s wife – the pianist Hélène Mercier, his daughter Delphine, and son Antoine, who came with his partner, the supermodel Natalia Vodianova. Central to the group was Fendi CEO Pietro Baccari, who has repositioned the brand in the last two years to offer exceptional quality furs worked at the level of haute couture.

Despite the opulence of the venue, the Théâtre des Champs-Élysées, and a De Chirico painting projected as a backdrop, this show was as quiet as a mountain on a moonlit night. While the press was in the stalls, the clients – many of whom had flown in for the occasion – were discreetly seated in the dress circle. Mindful of many people’s strong anti-fur sentiments, the theatre was ringed with security.

But when the show started, it was the polar opposite of a defiant gesture. Colours were mostly muted and the shapes of apparent simplicity, for example a long, straight coat rippling with silver light, which is a new digital technique invented in Russia and exclusive to Fendi.

There were some elegant mixes of feathers and embroidery, often on the underside. But a cosy coat, seemingly dotted with flakes of fallen snow, gave a poetic touch to decoration.

The fur most in evidence was sable, with its unique depth and lightness. But lynx, fox, mink and Persian lamb were all included.

There is no doubt that this Paris show – a bold move for an Italian house and a big statement in favour of fur – marks a historical step in the luxury universe. But for non-stop Karl Lagerfeld, it may be just another fashion moment in his half-century with Fendi.