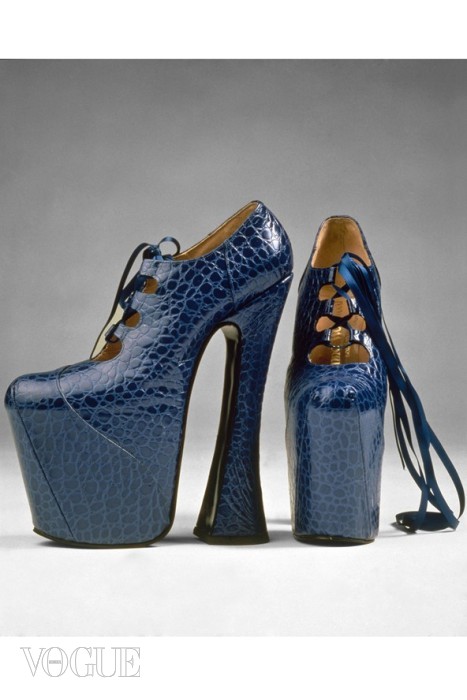 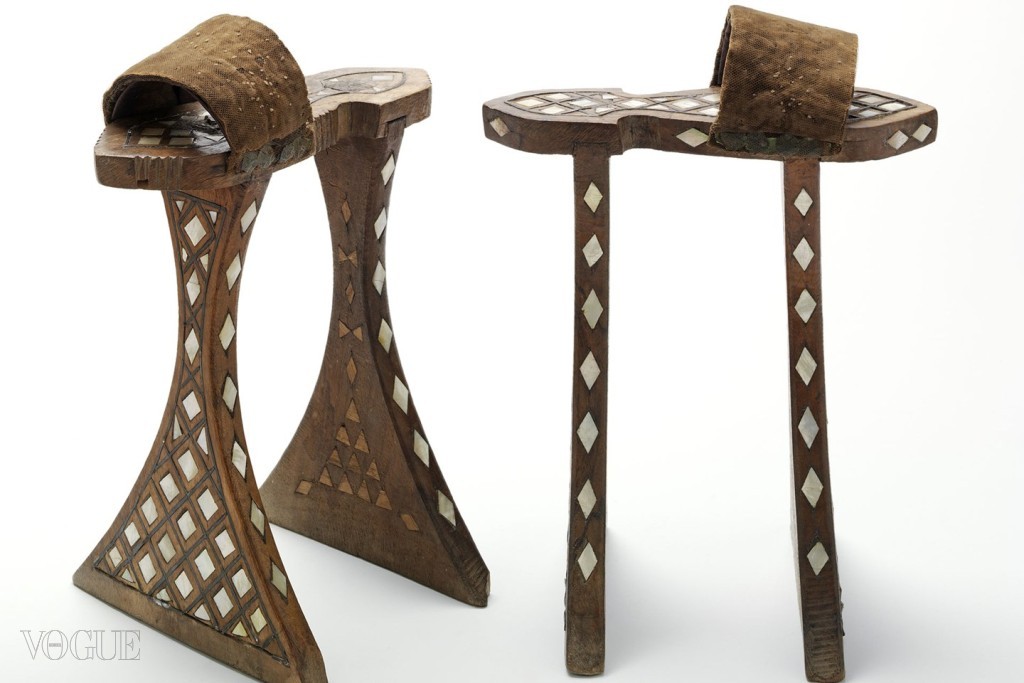 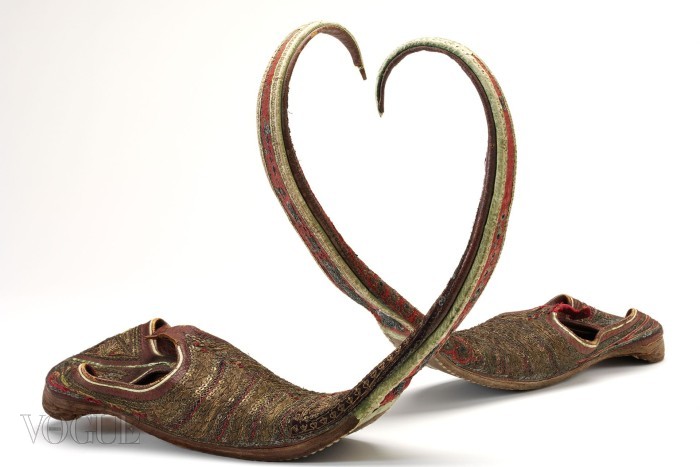 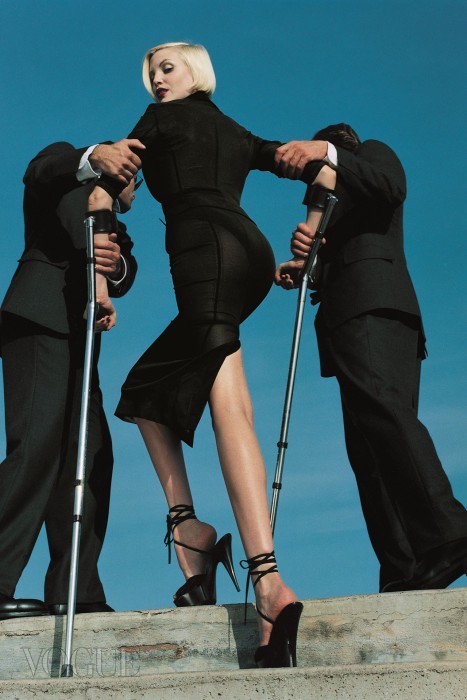 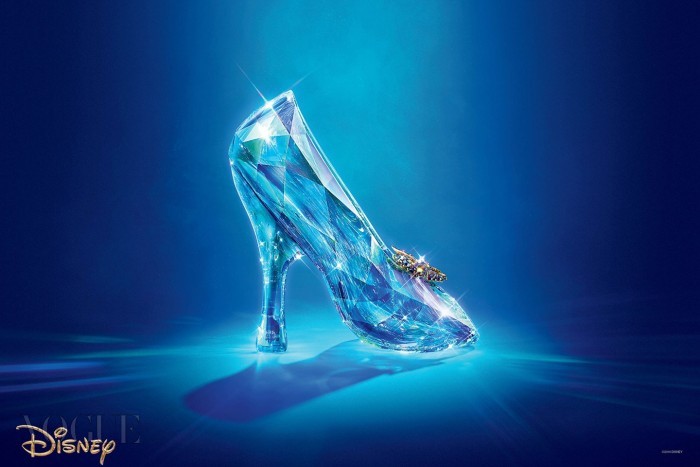 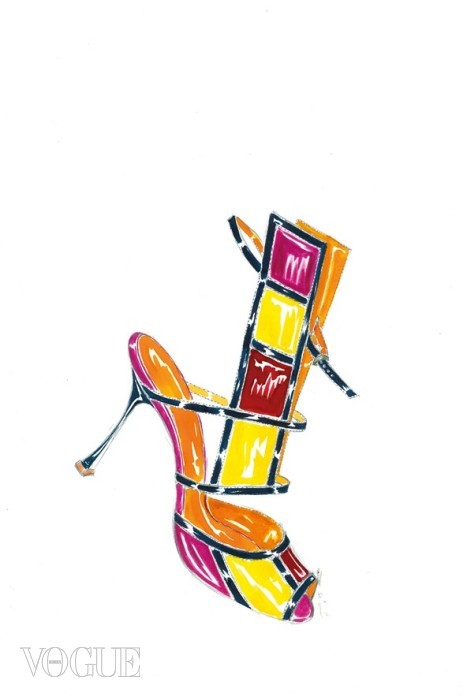 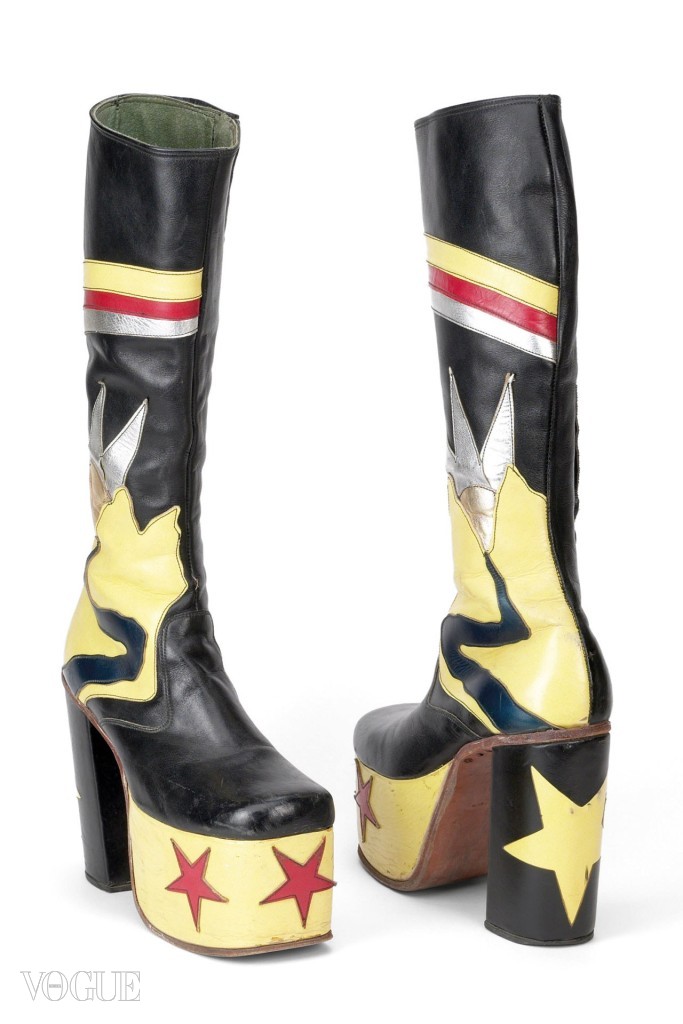 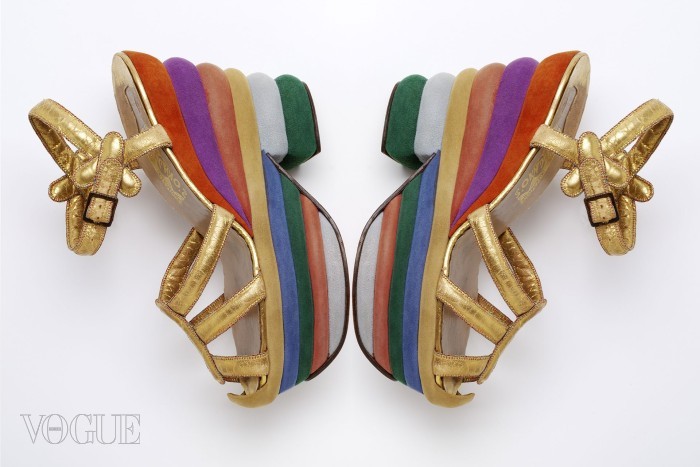 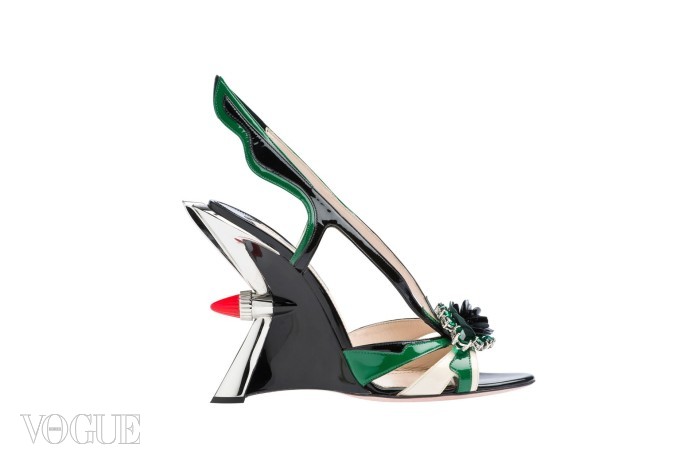 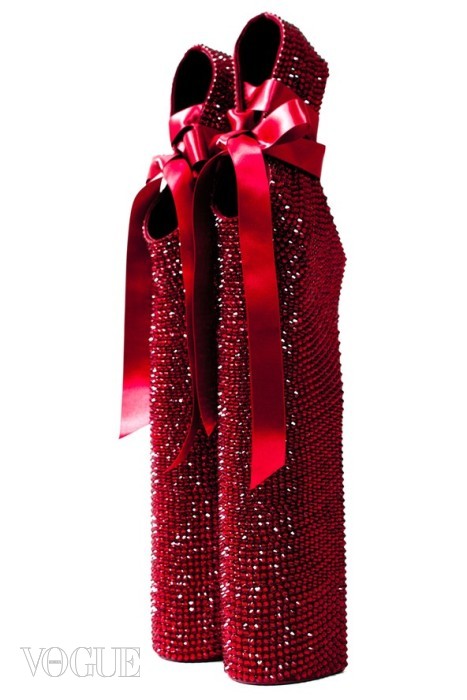 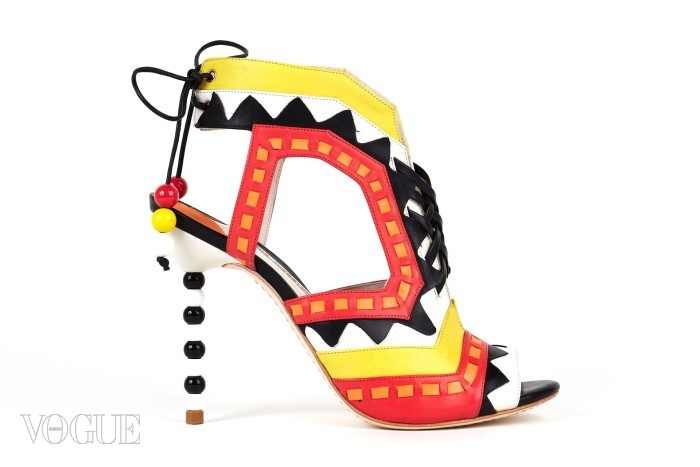 Shoes: Pleasure and Pain??
The highs and lows of the V&A’s current show

The shoes were royal blue, as sky high on their platforms  – and also as gravity-defying – as a pair of clogs elevated to royal grandeur and studded with mother-of-pearl.?

The first pair was by Vivienne Westwood, made famous by a fall: Naomi Campbell tumbled on the catwalk when wearing them back in 1993. The  ‘bath clogs’ came from a historic Egyptian hammam – a smart way for high society bathers to raise themselves above the water slewing across the floor.

Both pairs of shoes could, at a pinch, be worn today. And there were many other shoes displayed behind glass, as if in some crazy shop window, where the pinch of ultra-narrow toes or grips at the top of vertiginous heels looked too painful to imagine actually being worn.

The first time I saw Shoes: Pleasure and Pain at the Victoria and Albert Museum (which runs until 31stJanuary 2016) I left shaking my head at the apparently chaotic jumble of footwear crammed into a small-ish boudoir of an area; followed by a much bigger space upstairs devoted to people with no particular taste but an obsession in collecting smart shoes or endless pairs of sneakers.

The top floor seemed like a parody of the shoe-mad Imelda Marcos, whose silvered and sparkling sling-backs, presumably one of the 1,300 pairs found when she fled the Philippines, have pride of place. The main floor’s ‘velvet underground’ of displays, with more than a whiff of fetishism and decadence, seemed like Instagram heaven, until I realised that under V&A rules, visitors are not allowed to take pictures. But this public ban might be a good thing – if it encourages an eager audience to buy the accompanying book, Shoes: Pleasure & Pain, edited by curator Helen Persson and published by the V&A.

The entire story of our perverse fascination with feet starts with the book’s cover: Helmut Newton’s infamous 1995 image for American Vogue, of model Nadja Auermann climbing stone steps in impossibly high heels, helped by two men and a pair of silver crutches. The book does what the display, with its limited if luxurious downstairs space, cannot. It enables the reader to understand that when it comes to footwear, there is nothing new under the sun. Especially not the gilded leather and papyrus sandal made somewhere between 30BC and 300CE.

Even Cinderella and the handsome Prince’s urge to find the dainty foot that left behind the glass slipper has a predecessor: an ancient Egyptian legend, recorded in the first century CE by a Greek historian, in which an eagle snatched the gilded slipper of Rhodopis while she bathed, flew to Memphis, and dropped it in the lap of the Pharaoh, who declared he would not rest until he found its owner and married her.

Cinderella is, of course, present in a display of ‘Transformation’ shoes from folklore history, including ‘Seven-league boots’, which enabled the person wearing them to walk a vast distance (seven leagues) with each step. A section called ‘Status’ focuses on court shoes, including those that may or may not have belonged to Marie Antoinette. Intriguingly, there is no proof that the profligate French queen was a shoe-aholic. The story just fits in with the idea of the lavishness of the court at Versailles. Queen Victoria’s footwear was dainty, as if she and noble women in their silken, dainty slippers set out to prove that they were not meant for walking.

The elevated (literally) place of royalty through the ages on heeled shoes has now been taken over by celebrities. The rise of the celebrity shoemaker in the new millennium came with Sarah Jessica Parker as Carrie Bradshaw in Sex and The City, in love with her ‘Manolos’. Although Manolo Blahnik had made the cover of British Vogue, photographed by David Bailey, back in 1974, it was the American television show that catapulted him to global fame. Now Christian Louboutin’s scarlet soles have the magic quality once evoked by Judy Garland’s ruby slippers in The Wizard of Oz.

The 1970s were the era that brought back men’s shoes with heels – something that had been part of court life in earlier centuries. A glam-rock, super-high platform boot from 1973 with a 14cm heel, patterned with stars, is described in the exhibition as a ‘kick-ass boot’ – although the viewer might not be able to decipher that in the dark den of shoes. (I used the torch app on my smart phone.)

What can the V&A do to give its fashion area a more appropriate space for the public shuffling through? This is not the first time that I have felt frustrated by the V&A’s exhibition design. WeddingDresses 1775-2014, which closed in March after ten months, had a similar problem. But in the case of shoes, such small and often delicate objects, I could barely find some of footwear’s most famous gems: like the Ferragamo multi-coloured platform sandals from the wartime years. I never even saw the Prada contribution, except in the book.

There are treasures to uncover, as the curator has done. When it comes to sandals almost as old as time, there is Aphrodite in a terracotta statue from the first century CE in footwear not so very different from the 2011 ‘Crystal Lady Pointe’ platforms made in leather and crystal over wood by Japanese designer Noritaka Tatehana.

Are all these shoes and boots made for walking? The relationship between sex and shoes is not an invention of our time. But Helen Persson digs deep into the fetishism that apparently steps forward in footwear. I was surprised to see that although the show’s main sponsor is Clarks, a 190-year-old British company, with support from the Worshipful Company of Cordwainers, involved in the British shoe trade since 1272, there is a third supporter of this exhibition: Agent Provocateur, the lingerie brand creating provocative underwear.

Because the accompanying book has several contributors, the writers can delve deeply into shoe fetishism in a way that would be impossible in the exhibition itself. As the V&A’s Director, Martin Roth, politely puts it: there is “an enduring link between suffering, sex and style”. If any of these erotic items were created by female designers, I did not find them – unless you count the seriously weird creation in rubber, fiberglass and leather by architect Zaha Hadid; or the pool-side sandals lined in white mink by Phoebe Philo for Céline. The latter pair had an ancestor in the Surrealist ankle boots created for Elsa Schiaparelli by André Perugia in 1938.

There are exceptional shoes by women designers – Miuccia Prada being the most obvious example, while Sandra Choi of Jimmy Choo and Caroline Groves are included with Manolo Blahnik, Marc Hare and Christian Louboutin in the film interviews staged on the upper floor. If it were possible to listen and look at all these mini movies, they would give an insight not always apparent in the shoe presentations or the workshop windows full of individual heels showing how shoes are made.

I remain entranced by this display of fantastical footwear. But with five months to go, I wish the V&A could re-do the presentation to make this exceptional exhibition more of a ‘pleasure’ – and less of a ‘pain’. ?